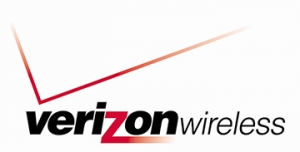 Verizon Wireless operates the nation’s most reliable wireless voice and data network. From the fall of 2001 through early 2009, Thomson Communications was responsible for the preparation, planning and management of public relations and community relations initiatives for Verizon Wireless’ New England region. Responsibilities included:

Thomson Communications very successful utilized its knowledge of the New England media to place stories about Verizon Wireless in every medium – print, TV, radio, and on-line.

In addition, Thomson Communications worked closely with Verizon Wireless to further establish HopeLine, its community relations campaign. Though the HopeLine program, Verizon Wireless puts wireless phones and services into the hands of people that need instant communications the most – victims of domestic violence. Thomson Communications has worked with Verizon Wireless to create two region-specific programs to further the company’s national philanthropic platform including the annual, award-winning Kids in Need Holiday Drive, and Invest In Yourself seminar series. All campaigns are exclusively focused on the cause and prevention of domestic violence.

Thomson Communications created the Verizon Wireless Kids In Need Holiday Drive in November of 2001 with the thought that although there are numerous toy drives, there were none targeted toward children living in domestic violence shelters. These children are often forced to flee their homes in the middle of the night with only the clothes they are wearing – leaving a favorite stuffed animal or toy behind. Therefore, the company began accepting donations of new toys, games, and books at all of its New England retail stores from mid- November through mid-December. The drive is promoted by local media partners, through customer bill statements, and through in-store point of purchase displays and bag stuffers. The award winning program has been a resounding success, brightening the holidays for children that often don’t have many reasons to smile.

Invest In Yourself is a series of seminars that are conducted by the company’s human resources staff and other employees to help women living in domestic shelters with the life rebuilding process. Seminars, such as “resume writing,” “interviewing skills,” “dress for success,” and others have been held at various shelters and have proved to be very valuable to the women as well as personally satisfying for the employees who volunteer their time to facilitate the programs.